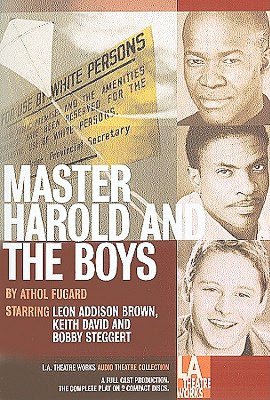 Drama / 3m (1 white, 2 black) / Int. The role that won Zakes Mokae a Tony Award brought Danny Glover back to the New York stage for the Roundabout Theatre's revival of this searing coming of age story, considered by many to be Fugard's masterpiece. A white teen who has grown up in the affectionate company of the two black waiters who work in his mother's tea room in Port Elizabeth learns that his viciously racist alcoholic father is on his way home from the hospital. An ensuing rage unwittingly triggers his inevitable passage into the culture of hatred fostered by apartheid. "One of those depth charge plays [that] has lasting relevance [and] can triumphantly survive any test of time...The...